#20 Build Self-Discipline for a Happier You.

You know you shouldn’t do it, but sometimes, it’s hard not to make unhealthy choices. Whether it’s indulging in a few cookies or getting back together with an ex, you find yourself doing exactly what you already know you shouldn’t do. Why? Ultimately, it comes down to being unable to sacrifice — and that comes down to discipline. But by building up your self-control, you’ll be able to make the hard choices needed to stay mentally and physically happy. 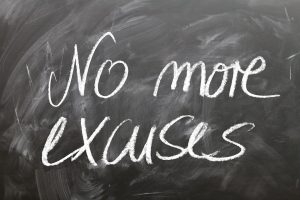 Self-discipline is being able to reject your own feelings and act according to what you’re thinking. Take something as simple as dessert. Your mind can say, “That slice of pie is around 20 bazillion calories — you don’t need that.” But your feelings say, “I had a crappy day, and if you get between me and that pie, I will throw a fit.” When you lack self-discipline, you give into what you feel in the moment, and eat that pie.

A dessert might not be very important, but when it comes to relationships, a lack of self-discipline can get you into a toxic relationship. Your mind can say, “I don’t care how cute he is. Don’t you remember how he/she cheated on you with your best friend?” But your feelings say, “Nobody’s perfect. Besides, I’m lonely, and he/she’s probably matured a lot in the past month.”

To put it another way, your feelings make excuses for what you know you shouldn’t do:

You binge watch that new show instead of hitting the gym, because you’re emotionally exhausted from your work day.

You refuse to break up with your significant other, despite him or her constantly treating you with disrespect, because you are afraid to be on your own.

You continue arguing on Facebook over politics with people you don’t even know, because you really like the feeling of getting the last word in.

When you have self-discipline, you’re able to fight those excuses.

Eventually, you can develop self-discipline as a good habit. The problem is how to get started. Chances are, you already have several bad habits deeply ingrained in your life. If you come home from work and your first thought is how much beer you can drink before dinner, you know exactly what that’s like.

One way to help kickstart good habits (and the discipline that comes with having them) is to shift the balance of things in your favor. Literally change your environment so a healthy choice is easier to make. As you keep making that choice, you can start to develop that healthy choice as a habit.

Going back to the example of those desserts you shouldn’t be eating, shift the balance towards healthy eating by not buying them in the first place. You can’t stuff your pie-hole with literal pie if there’s none in your home.Yes, you can go to the grocery store and get some. But the point is to make it easier for you to develop the right habit. If you don’t have pie at home, you’re more likely to stick with a healthier choice.

The same is true for a toxic relationship. Instead of telling yourself you won’t see him or her again, get rid of all of their contact info (including their phone number, Facebook and Twitter information, email address, and so on). This way, when you’re feeling lonely and struggling to make the right choice, your environment will help instead of hurt.

The Key Role Of The Sacrifice

As you develop better and healthier habits, you’ll be strong enough to face the biggest hurdle in your quest for improving your life — sacrifices.

Those who are selfish do not sacrifice anything. Instead, they pull everything towards themselves. That’s the exact opposite of self-discipline. They develop unhealthy, toxic habits that ruin their lives.

Sacrificing means giving up what you feel you want. Do you feel like sleeping? Sacrifice by staying up a little later to get those dishes clean. Do you really want to buy that ginormous TV before the football season starts? Sacrifice by keeping that money in your bank account to pay off your existing credit card debit.

It’s hard to jump from “I want ALL the foods!” to “No thanks, I’ll pass,” which is why you need to build up your self-control by developing great habits first. Then you’ll be strong enough to sacrifice correctly to further strengthen your discipline. All of this will help you live a happier life, both mentally and physically.

#20 Build Self-Discipline for a Happier You.