Hello, my name is Angela. I run two groups for people who have experienced domestic violence. I initially started a group for female survivors as I was a victim of domestic abuse myself. It’s a terrifying place to be, constantly living your life walking on eggshells and in fear.

When a survivor leaves their abuser, people sometimes have the preconception that everything must be great afterwards and they must feel free; liberated. However, this is not always true. It can be a very lonely place. When a person has been with an abuser for years, they are controlled and manipulated, although freedom is what you want this can initially be a very scary thing. It is almost like you have to re-train the way you think. A lot of survivor’s mental health can be effected, I personally have suffered from anxiety and panic attacks, some also suffer with depression and other conditions as a result of long term emotional and physical abuse.

Once I had left, I sat and thought one night; I can’t be the only one. What if there were other people like myself, feeling the same things. I started a group for female survivors: True butterflies. It’s a place where you can talk about your own situation to others who have been there themselves. It doesn’t matter how long you have been away from an abuser, the after effects can last a life time, so when you have a bad day you can talk, and find support without fear of judgement.

Since starting the group, I have been contacted by a number of men who are also in abusive relationships or have been affected by one as a child. It highlighted a need for a male support system, so they can talk to other males that have experienced this and receive advice and support. I have now opened the group for male survivors of domestic abuse, called Dragonflies. I am hoping this can be a good support hub for men and be as successful as the True Butterflies group.

Abuse is wrong no matter what, whether it’s male or female. Don’t suffer on your own –  there is support out there. Part of the healing process is to believe in yourself again, look after your mind and body. I encourage people to talk and reach out to others. Talking to others that have or are experiencing the same thing can be helpful, and rewarding for you as well as the other person.

You are not alone, believe in yourself, you’re amazing. 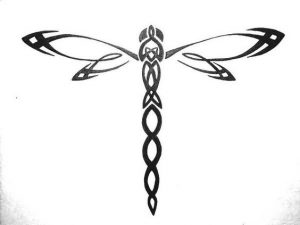