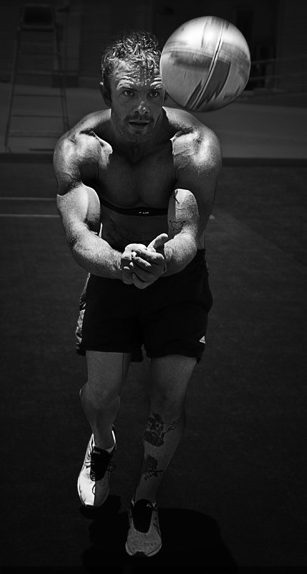 My whole life I wanted to be a professional footballer in the AFL, realistically I should have become an actor; because for years day in, day out I had that profession perfected to a tee. Well so I thought. Driven by success but exhausted by failure, at the age of 23 this cloud really started to linger over my head. I hate talking about myself but its only recently that I have realized that this topic becomes easier and easier knowing that it just might grant someone solace. And it sure as hell beats me talking and pretending about myself as the arrogant, don’t give a shit 29-year-old.

It is cringe-worthy for me to write this part but it’s about as cliché as it comes. A personal trainer that owns his own gym alongside two other successful business’ whilst I DJ on the weekends around some amazing people at some amazing venues. Not only that, I am now a football coach after playing the game for several years, after many injuries and reserves for two AFL clubs but never being good enough to reach the next level. In reality, I was never going to play AFL but as most young guys do, I held onto that slight chance that something miraculous would happen. So, when I finally faced the fact that I was going to have to go into the real world, get a job and take responsibility, I FAILED at achieving my goal. Here is when the bed, couch and TV became my best friends and depression started to cripple me. But hey, I was living in Sydney, single and surrounded by the best distractions from reality ever; girls, bars, clubs and great night life.

Fast forward years and I had become so good at shrouding my sadness and disappointment by becoming that aforementioned cliché ‘alpha male’ by performing my arrogant, rude, don’t give a fuck about anyone actor. However, it was only a matter of time before I would fail at something else in life and that black dog would wake up and take control again. At the age of 27 I moved to Perth, started a romantic events business with my mate, I then went on to open a fitness facility directly on one of Australia’s most iconic beaches ‘Cottesloe Beach’. Having the business introduced me to some amazing people who have since become lifelong friends and I will forever be grateful for that. However, after a long hard battle that involves just too much detail for this story my lease wasn’t renewed and my business was ripped right out from under me. The business that I slaved for, built from nothing, invested all my money into, woke up at 4:30am every day for, gone! And again, I won’t express details or feelings about the decision because I’ll keep this PG. I battled for 6 months trying to keep my business, every day the thought of losing it was eating me. But I was a personal trainer, I was there to motivate, be happy and continually put on my act. All this pretending was so draining, all I wanted to do was sleep because as I smiled through all the depression and anxiety my stress levels kept rising and I had no idea how to deal with it.

Then I was officially told the news, my heart sank. I got into my car and completely lost it. Crying uncontrollably because once again something I worked so hard on had failed. I finally had the ability to use my phone, I called my mum and told her. As always, the lady who to this day still works her ass off and has always given me everything, couldn’t solve this problem for me. Therefore, she could only try to console her broken son over an interstate phone call. The fake smiles, the act of arrogance, the cool personal trainer guy was gone. I didn’t leave my house for days, phone went off and fell into the big hole. But I had gigs to play, and in due time the actor became alive again and faced the world with that old familiar front front. I had amazing clients, they stayed with me the whole time but I was so exhausted with life and training people in a park felt like such let down, my sessions and services slowly became sub-par and my anxiety rose. Depression had set in good this time and getting out of bed was near impossible let alone going and motivating people. Their support was amazing the whole time so it was only fair I was honest and told them to train somewhere else until I could provide something I would be proud of.

Fast forward 8 months of searching every corner of the local area for a space to lease so I could rebuild was looking impossible, literally was a matter of days away from giving up. I was re-assured by ‘clients’, whom so far have proven far more than that title, that I couldn’t just throw away what I had built. Somehow within a week I found a suitable premises; but my faith was shot so I wasn’t getting excited about it at all.

Two weeks ago, I got the go-ahead for a new boutique facility. FINALLY! So, what should have been one of the best days of my life in fact led to my crippling anxiety taking control because the thought of failure would not leave my head. I had to coach a squad of 50 guys that afternoon, but I can usually talk myself out of this. I watched the clock get closer and closer to 6:00pm, when training would start. The actor could surely put the front on for the squad, the majority of whom are under 25, I blew the whistle and as they stood in front of me I couldn’t say one word and the anxiety tore away my ability to talk and I suffered a severe episode of stuttering and couldn’t even complete the sentence; “Do a warm-up lap boys”. How embarrassing and belittling as a leader and coach to these guys, fortunately I had told one of the boys months ago about my mental health and he was able to explain my case. The captain took training while I blew the whistle at times and then bowed my head at the end of training and couldn’t get home quick enough.

As always, it passed. I wanted to address mental health with the squad especially being such a young group but never intended for them to see it firsthand, let alone before we had even played a game. I had to show up Thursday after what they had witnessed not knowing how they would receive me, I had to be honest and told my story of depression and anxiety and expressed so deeply that I was not only their football coach but a mentor, or just a bloke that they could approach for a chat about mental health issues. The support blew me away. I have since become closer to the group and have been approached by younger guys for general chats about it. I couldn’t be happier knowing that these guys now come to me to talk about life off the field, I can now wear a real smile that can destroy the feelings of depression and anxiety.

One thought on “#8 Smiling Depression.”