Since writing my candid, shocking and eye-opening memoir, “Depression, Oil Trading and a Mind at War with Itself”, I have been asked several times to write a blog but until now have been unable to do so. Rather like the actual writing of my book, I believe I needed to break through a certain mental barrier in order to accomplish the task. For the writing of my book my soul had been laid bare and I felt I had nothing more to lose as I sought to tell my story as openly and honestly as possible, leaving little if anything unsaid, something I now regret a little. The writing of this blog required me to realize I had something more to say once I had had time to reflect upon the now year-old book and had gained some additional perspective on my life. As the title suggests, I chronicle my seemingly life-long struggle with depression, as well as my long term career in the oil trading industry and how these two were related. The oil stories are informative, amusing and often shocking,if not scandalous, but for now I shall focus on my mental state and struggles.

As many people believe, depression appears to have several components and causes, broadly speaking, biological or chemical, childhood and then circumstances. In my book I attempt to address all of these factors in relation to my own situation. I discuss memorable moments in my childhood that I believe are relevant to my early mindset and how my parents shaped much of my character, for better or worse. Perhaps a chemical propensity to being depressed is also apparent from an early age. My parents undoubtedly loved me as any parents do but unfortunately each had significant issues of their own, as we all do. My dad was an alcoholic and my idealistic, if naive, mother was critical, negative, judgmental and focused on academic achievement above all else.

Arguably a career as an oil trader or speculative trader of any type would not suit anyone with my mental makeup of perfectionism, tendency towards self-flagelation and all-or-nothing thinking. My early years were beset with periods of self-loathing and depression but I estimated these to be no more than 20% of the time. I actually loved my career in those days and was able to manage my emotional ups and downs.

Now at the age of 27, half way through my life, all changed as I moved to the United States. Within a year my life was transformed beyond recognition as a series of poor decisions set me up to become married and begin a life in the United States.

I had not understood the massive cultural divide that exists across the Atlantic and I soon found myself in a difficult and flawed marriage immersed in a world of superficiality, materialism, sanctimoniousness, hypocrisy, manufactured joy and a homogeneous jingoism and narrow-mindedness fed by big-business and government alike. De Tocqueville’s  “Tyranny of the Masses” was alive and well. I did not recognize my life or who I was. It felt as if I was playing a role in a movie for which I was in no way suited. I became extremely depressed and was prescribed anti-depressants which at first did help lift the cloud only to allow me to more clearly see the fact that I was now living a life I did not want. For the next 26 years I was constantly on medication, switching between one and another for better effect, but would estimate I was now depressed around 80% of the time. I was adept at hiding this from most people. In order not to hurt my wife I blamed the depression squarely on my work and not on my personal situation though this increased my internal burden and I even began to believe it myself.

As I struggled through many locational moves with a young family things became worse in my mind and in terms of circumstances. I essentially threw away my career only to watch in dismay as a back-stabbing and betrayal left me unable to regain my old job as my former colleagues rapidly went on to make hundreds of millions of dollars.
After an inevitable and painful divorce I refound my feet and a semblance of my old career but once again a series of bad decisions and bad luck brought me despair and heartache.

I remarried, this time thinking I was deliberate and mindful and knew what I was doing but my wife had other ideas that she did not share with me and so began another difficult, tumultuous decade plus marriage that saw me again discard my career and ultimately face massive suicidal ideation as I eventually lost almost everything. Throughout these dark decades I saw no way out of my misery and was merely trying to survive and run down the clock.
Now clearly I made many poor, ill thought out decisions, often through weakness and indifference but also naïveté. In hindsight I realize one should never do what is clearly incongruent with one’s character and desires, as I repeatedly and knowingly if reluctantly, did to great cost. Several times I acted out of a desire to avoid conflict while sacrificing my own well-being and over the decades this grew into an unbearable burden of sadness, regret, anger and even resentment. I was not aware until recently of the resentment but understandably and obviously it was there.
As I have stated I have been on medication for depression since 1992. Even though this has helped, when circumstances became so bad they swamped the positive medical effects and severe depression was unavoidable. I have no doubt that biology and upbringing contributed significantly to my propensity for depression but overall, for me, a series of devastating circumstantial life changes coupled with living a life I neither wanted nor recognized in a culture I disliked effectively condemned me to years of despair and almost an untimely demise. For a year after completing my book I was in total shock and barely able to function. I saw my life as completely over and only a desire to not inflict more pain on my four children kept me going, though the significant life insurance policy I have was pulling me ever closer to the end. I seldom had the energy or desire to go out and do anything other than watch TV. I was unable to have my children stay over with me and I forced myself to take lunch to them almost every day at school just to see them. I was fortunate to have a couple of good friends who stood by me during this time, while others distanced themselves from me perhaps not knowing what to do or say.

Somehow, as 2017 dawned, I managed to put things a little more into perspective but it has not been easy. I still have 27 years of regret to contend with and I am triggered daily to fall back into thinking of the past. I am still plagued with suicidal ideation but do not intend to act on it though I am increasingly comfortable with the idea. I credit a large part of my tenuous recovery with my having met a wonderful lady here in the Dallas area, the last thing I would need or want, one might argue. However, this lady has renewed my faith in relationships and what is possible when two people are honest and caring. I fell victim, through my own fault, to the prevalence here of an obsessive love of money and youthful beauty that drives so much of this society. It appears many women desire money and control and will manipulate and deceive their way to their desired ends. I suspect there is a corresponding male side to this as well though I have not encountered it first hand. Clearly one has to chose one’s life partner with a little more care and diligence than I did and I have found plenty of life lessons to impart to my four wonderful children. 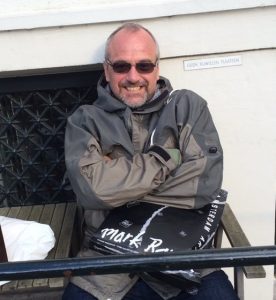