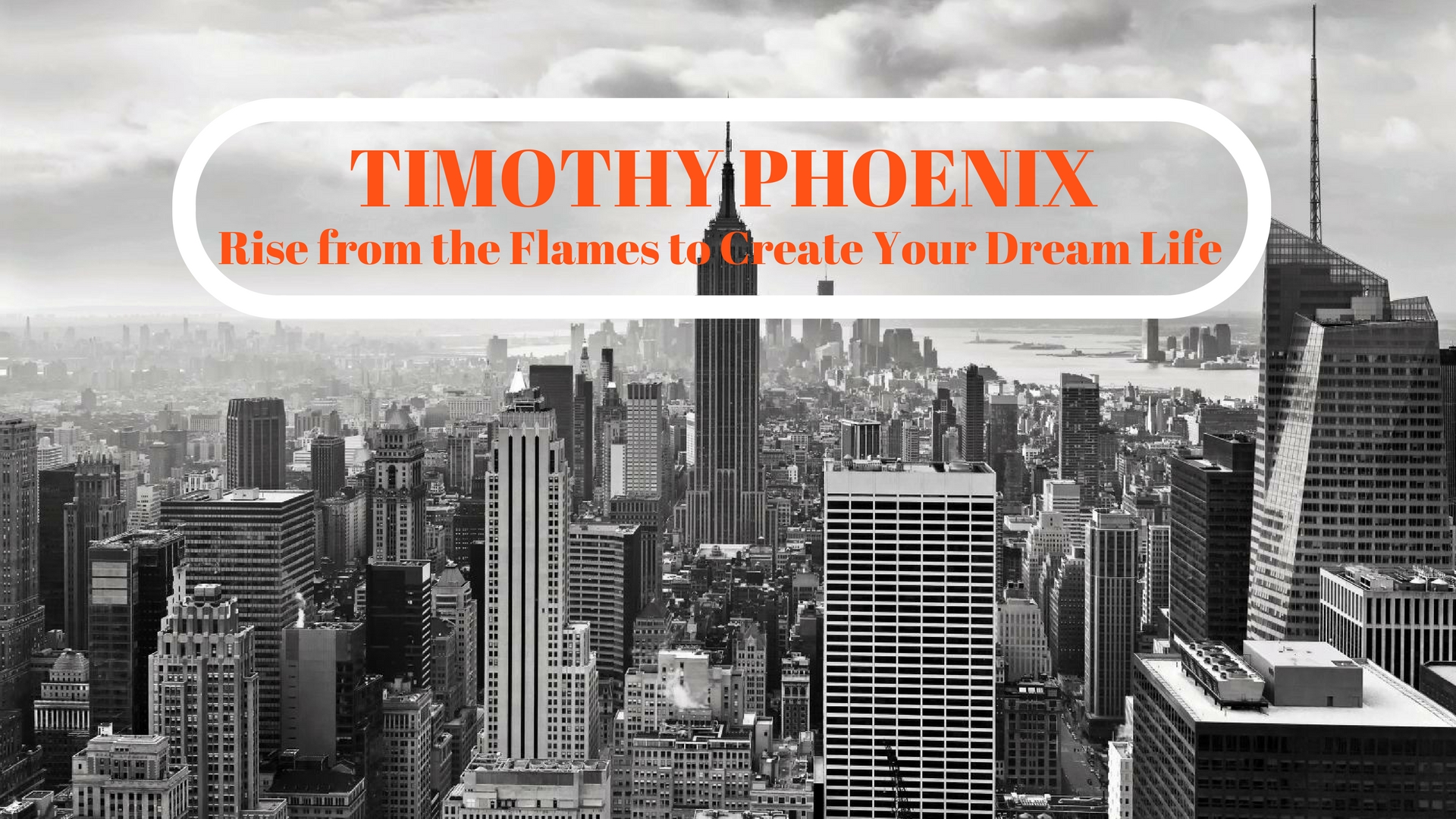 As I made my way towards the therapist’s office, I was my usual self; head bowed, hands in pockets, scuttling along at a frantic pace, desperately trying to avoid eye contact with the throngs of city centre workers and shoppers and the negative thoughts that they were so obviously thinking about me. “Skinny wimp”. “Unfashionable loser”. “Billy-no-mates”. Or the worst of the lot,  “Black bastard”. Oh, they might not say it but I knew that’s what they were thinking.

The sun was beating down that morning, which made things even worse. I despised the sun. It left me nowhere to hide, fully exposed to the harsh glare of the light. I would normally only ever venture out under cover of night, where it somehow felt safer. Though that could have something to do with the tepid beer and MDMA coursing through my veins. The only time I ever felt even a hint of confidence. Confident enough to leave the house for the first time in days, weeks sometimes.

But I hated the sun for a bigger reason; it taunted me. As I looked around, I saw happy, joyous people, revelling in the summer heat. Laughing, smiling, chatting. Rubbing my loneliness in my face. Every day I would wish for rain, just so I didn’t feel like I was missing out. If I couldn’t enjoy life, why should anyone else? I hated myself for those thoughts. Berated myself for them. Just another part of the endless cycle of my fucked-up mind. Worry, panic, avoid, ruminate, berate, cry – start again.

After 20 years of this, I finally decided to get help. I remember the moment well. It was in Ibiza. On the white sands of Playa D’en Bossa, silently sobbing amidst the picturesque, party capital of the world. Even here, I couldn’t be happy. Because I knew what awaited me when I went home; crappy, minimum-wage office job despite having a degree. No close friends. Zero self-esteem. Certainly no girlfriend. I couldn’t understand how my life had turned out this way. Why everyone else seemed to have friends and could just do what they want, when they wanted. While I over-thought every excruciating minor detail of every social interaction and situation. While I avoided and shut myself away from everything that could have brought me joy and satisfaction. While I worried about things going wrong and disaster striking around every corner.

But how do you get help for that? All I knew was that I was extremely shy. I always thought I’d just grow out of it. Maybe nothing was wrong with me and I just needed to “man up” and “get a grip”? What was I supposed to say to a doctor, even if I could subject myself to the overwhelming anxiety of making a phone call and sitting in a waiting room? Mental illness wasn’t even a “thing” back then! Certainly, you didn’t discuss it where I was from. A working-class, English council estate, where racism was rife, employment low, families were respected for being “hard” and you were expected to back up your mates in a fight – even if they started it! I didn’t even consider the fact I might have a mental illness. That happens to other people. Crazy people. Not me. So I did the only thing I could think of sat on that beach; go to a hypnotherapist.

An hour later, I was a totally new man. I strode purposefully, head up, deliberately looking passers by in the eye and SMILING at them! I didn’t know what the fuck was going on but I LOVED IT! I had this insane urge to just RUN. I didn’t but if I had, I don’t think I would’ve stopped till I got home. I felt free for the first time in my life. The proverbial weight, a  ten ton iron anvil had been lifted from my shoulders and all my worries melted away like a snowflake in the summer sun. A sun I now felt for the first time as a beautiful, rich and vibrant force of nature, soaking my skin in waves of joy.

Over the next few weeks, my confidence built to levels I didn’t think existed within me. My life turned around in an instant, just from ONE HOUR of hypnosis. A year later, the office job was gone and I was pursuing my dream of becoming a DJ. Which I captured, along with the added, surprise bonus of running my own club night – two of them! Even when disaster struck and I had to stop DJ-ing, I didn’t let it deter me. I re-trained as an English Language teacher. So I went from an intense fear of people to performing in front of crowds and classes of total strangers! Not only that, I moved to London, one of the most crowded cities in the world and went backpacking around the globe for an entire year, on my own! Unthinkable just a few years before.

Not to mention what it did for my social life. People seemed drawn to me like a magnet. No longer was I the “shy”, “aloof”, “quiet” lad. People described me as “outgoing” and “charismatic”! I even hosted and organised my own social gatherings with complete strangers. This was the real me, the one trapped inside the body of a shy guy. Hypnotherapy didn’t turn me into someone else, it released my true soul from under the oppressive rock of anxiety.

But it didn’t last. The week I returned from my travels, I was physically assaulted by what I can only describe as a deranged madman. At one point, I thought I might actually die. I was fortunate enough to get away but the damage had already been done. Not so much physically. He fucked me up good and proper, that’s true! But the mental scars were to last for years after those physical ones had healed.

Recovery was far tougher and far longer this time. I couldn’t afford to see a hypnotherapist, as I had literally no money after my year of backpacking and no job. It actually took 2 years before I even considered I had a mental issue. That was because of the pills my doctor gave me. Sure, they stopped the uncontrollable shaking, the adrenaline overload, the awful, jittery feeling of being wired 24/7. But they didn’t treat the underlying issue; I was terrified of being out in public. And I lost any ability to motivate myself into action, like before.

I was lifeless, emotionless. I stopped going out almost entirely. Stopped contacting all my friends. Moved back home. It was only when I had to change doctors that things improved. My new doctor wasn’t content with just signing my prescription and feeding me more of the stultifying crap I’d been ingesting for years. He wanted to see me get better and knew that being on anti-anxiety pills was never gonna do that. So he signed me up for CBT.

What also helped massively was the internet. Most people didn’t have it in their home the first time I had anxiety. This time, I did and was able to not only do CBT online, I was able to research the shit that I’d been putting into my body. And quickly decided I needed to get off it! It wasn’t a nice experience but it was worth it just to lift the fog.

I didn’t even need to finish the CBT course. I soon realised that what I’d experienced unconsciously after hypnotherapy was something I needed to do consciously now. That is to think positively, follow it up with positive actions and face my fears on a daily basis. That would create positive habits which would lead to positive opportunities, which I needed to grab to create the great life that I’d gotten before.

Awareness is the key. Being able to deconstruct thought processes. This is what CBT taught me to do and is something I now am automatically able to do so that I never experience anxiety at life-wrecking levels.

It’s taken me several years to face up to what happened to me, to stop blaming myself for not doing enough to stop my attacker. To stop hanging onto the past and those lost years. But I now have my confidence back to even higher levels than I had when I was enjoying life after hypnotherapy. Because now, I understand how the mind works and how to take greater control of my thoughts. I wouldn’t have known that without CBT.

So although my life needs totally rebuilding again, which is a scary thought, I am stronger than I’ve ever been. That’s because I know that the power to do whatever I want is totally within me. No matter what anyone says or does, they can never take that away from me.