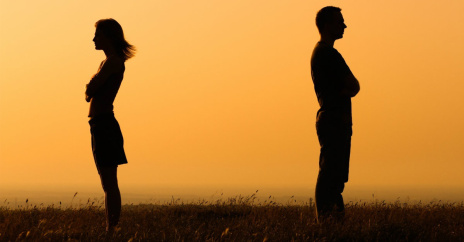 Shortly after arriving in the US as a young, naive Englishman I did what, according to an American friend of mine, is what many Europeans who move here do: I allowed myself to be seduced by a fast, sleak, sexy model that was far more accessible here than in Europe.

Having bought the fancy German sports car I met a similarly attractive young Southerner with whom I began a relationship, simultaneously betraying my English girlfriend of seven years.

To my horror and disbelief, within a couple of months, I discovered that I had contracted herpes. I was devastated and consumed with self-loathing and told my U.K. friends that I was effectively dead. Doubtless overreacting, I felt I could never have another relationship and I certainly could not move back to England. Strangely I was not angry at my new girlfriend. Only after a considerable time did I realize that she obviously should have told me about this situation and that to not do so is a very serious betrayal of trust. Was it possible that she thought if I contracted the virus I might feel compelled to marry her? That is basically what transpired, aided by her artfully manipulating me in that direction by resigning from her job and pressing the case for us to move in together. I wandered down the road to marriage in a daze, knowing it was a huge error, but nonetheless I saw it through. Thoughts of divorce, as embarrassing as I feared that would be, were quickly suppressed by news that my wife was pregnant. We had never discussed children yet she had decided to cease birth control without even consulting me. Such was my existing despondency, I just accepted it. So followed two children and nine extremely difficult years, fraught with depression and towards the end of which I discarded my eight to nine figure career, foolishly thinking it was in the best interests of my family.

A painful divorce ensued but in two years I had stumbled back to my feet and had re-created a decent career, albeit orders of magnitude behind my previous one and significantly more stressful. I met a delightful Texan girl some six years younger than I. Having erred so badly previously I decided to be very clear this time around. Before becoming involved I told my new paramour that I would absolutely not consider having children. She was non-committal in this regard which prompted me to be even more clear: I would rather shoot myself than have more children. Now why I did not have a vasectomy I do not know.

Three months after we were married my new wife tearfully told me she was pregnant. I was mortified and overcome with emotion. How could I face this situation. Again weakly I expressed no anger but was supportive, outwardly, whilst inside I was dieing. The next day I expressed amazement at the statistical likelihood of such a pregnancy and my wife calmly told me that she had stopped taking birth control as soon as we were married. Not for many years did I realize the extent of this duplicitous and dishonest behavior. Quite why a woman would chose to have a child with a man who had been so abundantly clear and suffered from severe depression was beyond me. Some three years later she suggested we have a second child. “Heck no,” I replied but she persisted and ultimately won me over with the argument that my life was pretty much over already so why not.

Now I may have survived all of this had I not allowed my wife to persuade me to give up my career and move away from my older children, who were devastated, and set up a new life, effectively retired, with my two toddlers. To this day I cannot understand why I assented to this crazy idea and ultimately it cost me my sanity, and, aided by my wife spending more than a third world dictator, a massive mental-breakdown and some eighty percent of my life’s savings. With no job, no career and a fragile mind I was again divorced, and a mere shadow of the young Englishman who had landed on these shores a quarter of a century earlier.

Clearly I was weak, naive and made dreadful decisions. I allowed myself to have my life dictated to me by the agenda of others and managed to totally lose myself in the process. How much can and should we expect from our life-partners? Is a marital partnership based on what is best for the team simply a pipe-dream. Is such dishonesty a mainly American phenomenon caused by the mass-materialism and superficiality of the culture here plus an essentially selfish, simplistic mindset, force-fed lashings of fake-happiness propaganda and brain-washing.